The Atomos Neon series is the beginning of a new journey forfilmmakers by bringing together traditional filmmaking roles and pairing itwith Atomos innovation and technology. We do this by combining RAW recordingwith cinema display technology for monitoring, on-screen production checkingand review of creative intent, story flow and matching continuity betweenscenes. Neon streamlines the creative workflow from lens to viewing. We haveadopted industry standard formats like ProRes RAW from major camera makersenabling the performance of ProRes and the flexibility of RAW into cinemaproductions and built for computer finishing. Neon performs real-time DolbyVision processing to enable down-stream viewing on any Dolby Vision capable TVor monitor. The upshot is an on-set computer replacement merged with anecosystem of field monitors that saves the creator time by allowing them tomake more decisions in the moment of recording, playback, monitoring andediting.

Certainty of image for the entire crew

Neon is a series of precision on-set and in-studio 4K HDRmonitor-recorder production workhorses where reliable and trustworthymonitoring is essential. The Neon comes in four sizes (17”, 24”, 31” and 55”)that can be synced together to provide an ecosystem of field monitors whereaccuracy of image representation and consistency of image is critical betweencrew members...all controlled by the Atomos App. The Neons’ best-in-class 512zoned dynamic backlight displays provide a calibrated 4KDCI 180-degree perfectviewing, 10-bit DCI-P3 100% color coverage, and 1,000,000:1 HDR-ready contrastfor cinematographers to maintain exposure and creative look. Directors can makemore creative on-set decisions, viewing perfect images in TV and Cinemastandards at all times. Camera assistants and focus pullers can trust theultra-sharpness of an actor's eyes. Editors and color graders can lock down thedirector’s creative intent from shot to shot, frame by frame and review itacross varying displays from SDR to HDR – accurately in real-time. With thebuilt-in 4Kp60/HDp240 Apple ProRes RAW recorder capturing each take, Neonenables quick review and real-time playout with Dolby Vision to reality testcontent on domestic TVs. With Neon, Atomos has reimagined the role of the referencemonitor to meet the HDR challenges of modern TV and film production.

Four sizes for flexibility in any production

The Neon comes in 17”, 24”, 31” and 55” screen sizes, andcomplements other Atomos products such as the Shinobi SDI, Ninja V, Shogun 7and Sumo 19 to provide a flexible ecosystem of field reference monitors. Neonallows you the flexibility of utilizing your Atomos on low budget productionswith HDMI 10-bit uncompressed video cameras, right up to 12G-SDI 12-Bit, 4Kp60RAW from the best cinema cameras in the world.

The Atomos field monitor ecosystem is an online powerhouseand offline workhorse to speed up the time from idea to final exhibition.Directors and cinematographers can record online quality of ProRes RAW recordingat the same time integrating into the ARRI workflows. This brings cinemaproduction at the fraction of the cost of current approaches where HDRmonitoring varies from crew member to crew member. Atomos brings certainty ofthe recorded image from camera operators, focus pullers, to make up and soundrecordists, to editors and color graders. Directors can tag takes whilereviewing footage on-set which the Editor can pick up after importing into anNLE, and can be confident that what they saw on-set will look the same whenthey get to the edit suite. A Dolby Vision compatible monitor can be alsoreviewed when output from a Neon to allow directors and producers to see a shotas it would be viewed in the living room of their audience.

Alternatively, directors can record at a lower bitrateoffline quality on a Neon to record over 20hrs of footage in Prores/DNx/H.265on an SSD (while the ARRI is recording online quality). This gives the Directorto enough integrity to check shots at after each take, or to do quick testedits on-set which avoids expensive re-shoots.

Neon deliberately does away with touchscreen operation andis Bluetooth controlled by the Atomos iOS App or a physical remote control.Neon has the simple-to-use AtomOS built into it so that you can use the App toaccess real-time production tools including focus peaking, exposure,calibration, zoom, waveform monitor, RGB monitor, vector scope and LUTselection.

Neon shortens the gap between capture and final edit withreal-time recording and playback of your captured shots at up to 4Kp60 informats including ProRes, ProRes RAW, Cinema DNG, Avid DNx. When you’ve got thetake you like, tag it on-set with the App for easy identification duringediting. The App unlocks the ability to insert project specific meta-dataframe-by-frame, allowing project management of a complex production to besimplified and automated so that the creator can focus on their artisticstorytelling enhancements.

The challenge with HDR production is maintaining thecreative intent of the production at the time of shooting vs the finishedproduct that is viewed on devices and TVs. Atomos and Dolby have teamed up togive you Dolby Vision live HDMI out, in real-time, from any SDI or HDMI HDRcamera. All courtesy of AtomOS. Simply connect your Dolby Vision capable TV ormonitor to your Neon and magically, automatically, the AtomOS analyses theimage, queries the TV, and applies the right color and brightness profiles forthe best posisble HDR image on the display or TV. This ensures HDR footagealways looks – as it was intended by the creator. This is a valuable on-setreference check for the creative director and client.

Sync all your Neons together

If you have more than one Neon in your production, you canperfectly sync them asynchronously together using the Atomos iOS App. Simplypair the Neons through the App and select all the monitors you wish to sync.You can also sync the Neons to any Atomos Ninja V using an AtomX Sync Moduleattached. This means that recording control has never been easier for anyproduction with a multicamera setup. Meta-data is captured for the entireproduction in every file recorded, avoiding the need for a sidecar file. At theend of filming, take each Neon’s SSD with the captured footage and meta-data,and import into your editing suite ready to go.

Atomos brings dynamic zone backlight technology to theentire range of Neons powered by our proprietary Dynamic AtomHDR innovations.This yields a contrast ratio from one to a million gradations on discreet partsof the image on Neon’s daylight viewable anti-reflection display. With the Neonseries, blacks and colors are rich and deep. Images appear to ‘pop’ with addeddimensionality and detail. The precision Atomos display uses a uniquecombination of advanced LED and LCD technologies which together offer deeper,better blacks than rival OLED screens, but with the much higher brightness andvivid color performance of top-end LCDs. Objects appear more lifelike thanever, with complex textures and gradations beautifully revealed. In short, theNeons offer the most detailed window into your image, truly changing the wayyou create visually

The Master Control Unit comes in two sizes, one for 4Kcapture and another for 8K.

The Master Control Unit is also compatible with the AtomXexpansion modules that provide SDI and NDI connectivity on top of the standardHDMI connectivity that comes with NEON. This provides total flexibility when itcomes to the production environment you are operating in.

ProRes RAW – the best of RAW and ProRes combined

Capturing ProRes RAW video with the Neon unlocks the truepotential of your RAW cinema camera and provides complete control of your videoimage at the highest quality possible. ProRes RAW combines the flexibility ofRAW video with the incredible performance of ProRes. Import, edit and gradepristine video with RAW data straight from your camera sensor without slowingdown your edit. These RAW files provide maximum flexibility for adjusting thelook of your video, while extending brightness & shadow detail. The idealcombination for HDR workflows.

Neon preserves your content’s maximum dynamic range, coloraccuracy and detail. Colors can be easily matched and the extra informationmeans footage can be quickly manipulated in post-production, which isespecially useful for grading and VFX shots. In addition to ProRes RAW, Neon supportsProRes, CinemaDNG, Avid DNx via HDMI and SDI. Capture from any HDMI or SDIsource including cameras from Nikon, Canon, Panasonic, Sony, RED and ARRI.

Built for the toughest production

The Neon can withstand the most extreme productionconditions with its durable aluminium chassis and polycarbonate back plateaffording protection from rough handling.

Whatever way you like to view your images, the Neon comeswith flexible mounting options for any production including Arri standard edgemounting points, VESA mount and feet for floor or desk viewing. The Neon 17 andNeon 24 are also designed to be rack ready and will fit seamlessly into anyrack environment. 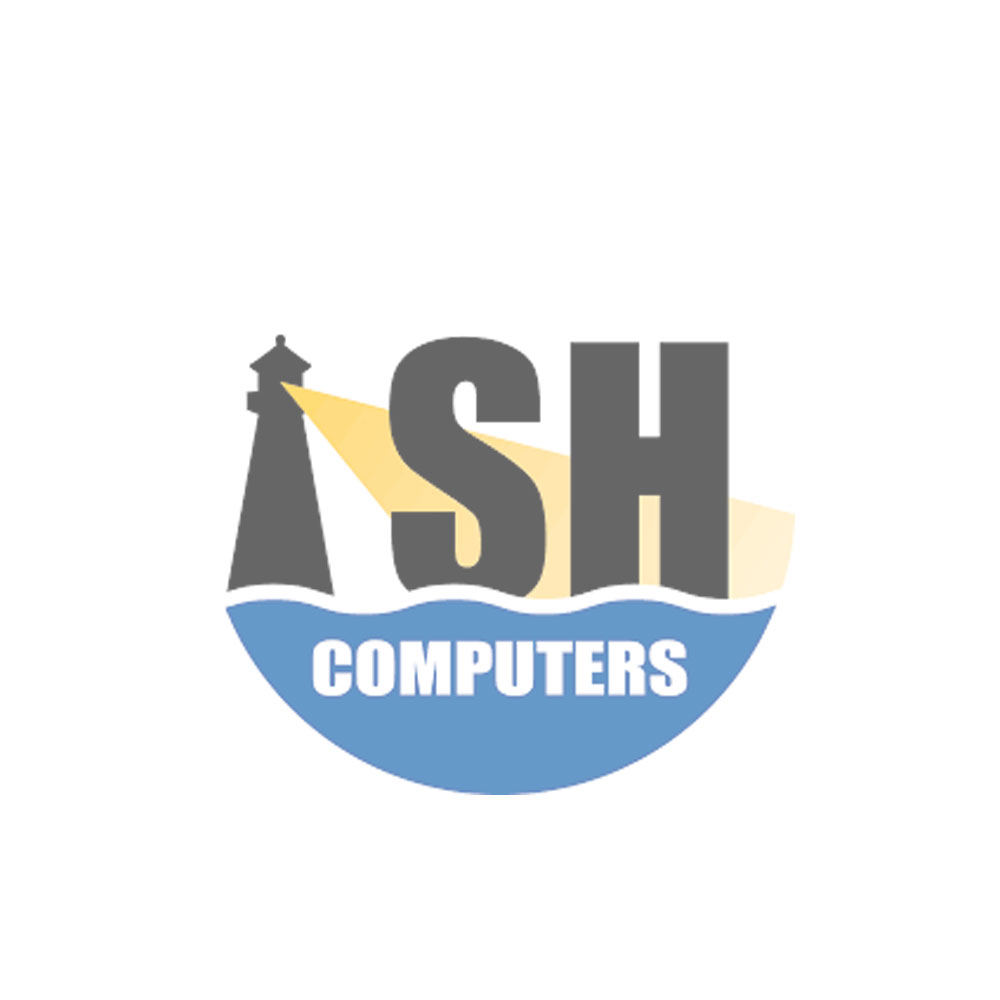